Episcopal School of Jacksonville's Alumni Hall of Honor recognizes some of the school's most distinguished alumni. Hall of Honor members represent professional and personal accomplishments in the following areas: Arts, Athletics, Humanitarian, Academia, and Business. These five fields represent individual facets of an Episcopal education.

The second Alumni Hall of Honor induction took place on March 10, 2020. Timo Weiland '01 and Sally Hogshead '87 were inducted during a special ceremony in the Munnerlyn Center. Timo was inducted in the arts category and Sally in the business category. The Rev. Adam Greene, Head of School, and Alumni Board President Heather Rainey Moseley '88 welcomed the inductees, who spoke to family, alumni, faculty, staff, and students following their induction.

Todd is an acclaimed New York City-based photographer and longtime photographer-at-large for Vanity Fair magazine. His photography includes a wide range of topics - political, artistic, cultural, architectural and technological subjects. We will show some of Todd’s work as I am speaking. He has photographed such icons as Hillary Clinton, Martha Stewart, Tom Ford, Karl Lagerfield, and Phillip Johnson. Todd has had solo exhibitions at the San Francisco Museum of Modern Art, the Art Institute of Chicago, PS 1 MOMA, The Gallery White Room in Tokyo, and Tate Modern. His work has been included in group exhibitions around the world. He has also photographed advertising campaigns for Calvin Klein, IBM, and Bottega Veneta. Todd has published several photography books to acclaim, most recently a monograph encompassing 35 years of his work, Empire of Space. He studied at the Cooper Union in New York in the 1980s. 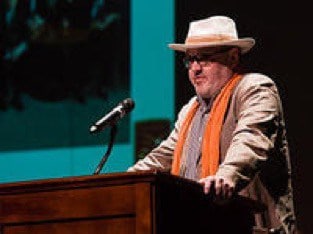 Timo Weiland is an award-winning Creative Director, serial entrepreneur, and DJ based in New York City. After graduating from Episcopal in 2001, he studied economics, Spanish, and business at Vanderbilt University. After graduating from Vandy, Timo worked for several years as an investment banking analyst at Deutsche Bank Securities, Inc. covering Media & Technology before launching his first startup. Since 2010, Timo has successfully built a namesake lifestyle brand, as well as businesses across food and beverage, design, media, B2B intelligence, real estate, technology, and venture capital. The Timo Weiland brand, co-founded in 2010 with Alan Eckstein and Donna Kang, won the prestigious Ecco Domani Fashion Foundation award, was on the Forbes 30 Under 30 List for Design; won the International Woolmark Prize for Apparel; and won the Council of Fashion Designers of America x Cadillac Retail Lab Innovation grant. Recent projects include creative direction for GAP's Banana Republic, InterContinental Hotels Group (IHG Worldwide), and one of the world's largest direct-to-consumer optical brands, Zenni.

In March of 2018, Weiland co-founded The Lead, a vertical media company designed to help fashion, beauty, and lifestyle retailers innovate and find business opportunities in the technology market. The Lead serves as a research and executive events platform with the mission to "bridge" the world of fashion with the global Silicon Valley. Timo works between his creative offices in Brooklyn, the Timo Weiland store on the Bowery, recording studio in Dumbo, and venture capital offices in the West Village of Manhattan. The Timo Weiland brand will open a second store location in Los Angeles on Melrose Avenue in June 2020. Timo has been recently profiled in The New York Times, Architectural Digest, Vogue, WWD, Forbes, and Fast Company. 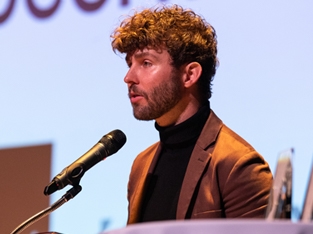 Nancy was a world class swimmer at the 1984 Olympics, where she won three gold medals and one silver medal. Through high school and college dual meets she was undefeated. Other major awards she’s won include the Nathan Mallison Award, given to Florida’s outstanding athlete, and the prestigious Kip-huth Award, given to the best all-around swimmer nationally. Nancy has been inducted into eleven halls of fame, including the International Swimming Hall of Fame and the International Women’s Sports Hall of Fame. She earned her law degree from Georgetown University Law Center and is an honors graduate of Duke University. As decorated as she was in swimming, she is perhaps equally as well known today for her advocacy for access and equality for women in athletics. Nancy leads Champion Women, a non-profit leading targeted efforts to advocate for equality, accountability, and transparency in sports. She has written or co-authored several books, testified in Congress numerous times on the topic of gender equity in athletics, written numerous scholarly and lay articles, and is a frequent guest on national news programs on the topic, including CNN, ESPN, NPR, Fox News, and 60 Minutes. She serves as an expert witness in Title IX cases and has written amicus briefs representing athletic organizations in precedent-setting litigation. Sports Illustrated Magazine listed her as one of the most influential people in the history of Title IX and she has earned numerous national and international awards for her work. Nancy and her husband Scott have three children and live in Jacksonville. 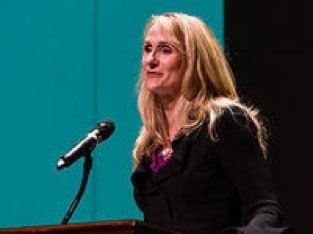 Sally believes that to become more successful, you don’t have to CHANGE who you are... you have to become MORE of who you are. After graduating from Duke University, Sally skyrocketed to the top of the advertising elite, creating TV commercials for brands like Nike and Coca-Cola. By 24, she was the most award-winning copywriter in the U.S. And at 27, she’d opened her first ad agency, in Los Angeles. At age 30, her work was hung in the Smithsonian Museum of American History. Today, Sally writes New York Times best sellers on the science of fascination… why we’re impressed by certain people and brands. She has repeatedly been named the #1 Global Brand Guru, and frequently appears on NBC’s morning show, TODAY.

Sally created The Fascinate test, the world’s first personal brand test, which measures your most fascinating and impressive qualities. More than one million professionals have taken her test, including leaders in companies such as Facebook, Porsche, NASA, and Twitter. Sally is one of only 200 professional speakers to be inducted into the Speaker Hall of Fame-- the industry's highest award for professional excellence. 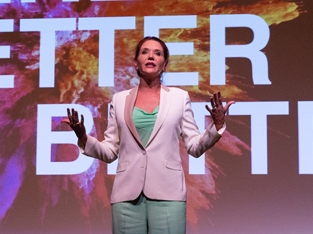 Bill Walton graduated from Princeton in 1974 with an A.B. degree in economics. He rowed at Princeton, was captain of the Lightweight Crew his senior year and, in 1973, his team went undefeated, including victories in the Eastern Sprints, the Thames Challenge Cup at the Henley Royal Regatta, and the Head of the Charles Regatta in Boston. Bill graduated with an MBA from Harvard Business School in 1979, and then spent 15 years at Morgan Stanley in New York. He co-founded Westbrook Real Estate Partners in 1994 and his present firm Rockpoint Group in 2003. Rockpoint is today one of the world's largest and most successful real estate private equity firms. Bill currently serves on the boards of real estate companies Boston Properties, Crow Holdings and FRP Holdings. He also serves on the boards of KIPP Jacksonville, the Mpala Wildlife Foundation and the University of Florida Investment Corporation.  He is a former board member of Communities in Schools, the Cummer Museum of Art & Gardens, Episcopal School of Jacksonville, the Episcopal School Foundation, Florida Rock Industries, Mercy Ships, Princeton University, Princeton University Investment Company, and the St. Joe Company. Bill is the son of Episcopal Founders and Emeritus Trustees Elizabeth and William H. Walton, Jr, for whom the Walton Boathouse is named. Bill’s parents have had 12 children and grandchildren attend Episcopal. Bill and his wife, Dori (a current Board member) have three children, all of whom attended Episcopal. The Waltons have also quietly been one of Episcopal's most generous benefactors. 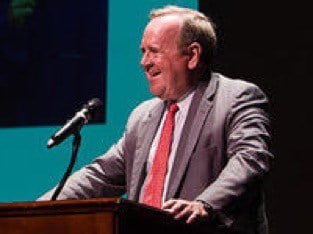 George was born in Mandarin to parents Peggy Young and the Rev. George Young, Jr. – Rector of Church of Our Savior in Mandarin. “Father George” also served for many years as Episcopal’s Chaplain. George entered Episcopal as a seventh grader as a member of the “Charter Class” – the first class to go all the way through six years at Episcopal. George graduated from Episcopal in 1973, then from Florida State University with a major in Sociology, and minors in Psychology and Religion. George married his wife Kammy in 1981. Active at the Church of the Advent in Tallahassee as a youth leader, vestry member, musician, and worship leader, George went through the discernment process in the Diocese of Florida, became a postulant, and went to Seabury-Western Theological Seminary in Evanston, Illinois, in 1987, where both he and Kammy were seminarians. George, Kammy, and their two children moved to Jacksonville in 1992, George serving as Rector of St. Elizabeth’s, and Kammy as Associate Rector at St. Mark’s. Five years later, the family moved to Fernandina Beach where George served as Rector of St. Peter’s, and Kammy served as Rector of St. George’s, Fort George Island. In 2011, George was elected Bishop of the Diocese of East Tennessee. Initially living in Knoxville, site of the Diocesan office, after two years George moved to Sewanee, where Kammy teaches on the faculty of the School of Theology, University of the South. George has 45 Episcopal parishes and five worshipping communities in Tennessee and north Georgia under his pastoral and administrative care. 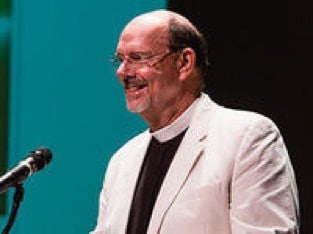 Alumnus of the Year Award Winners